Taking off from difficult locations...


From  http://avherald.com/ - An Alrosa Mirny Air Tupolev TU-154M, registration RA-85684 performing flight 6R-514 from Polyarny to Moscow Domodedovo (Russia) with 72 passengers and 9 crew, was enroute at 10600 meters (FL347) when the aircraft suffered a complete failure of electric power resulting in loss of navigation devices and fuel pumps. At around 07:47L (03:47Z) the city emergency services of Ihzma were advised the airplane might approach their disused airfield and deployed to the city's old airfield. The crew was able to put the airplane down onto Izhma's abandoned runway (about 1200 meters long) now only used as a helicopter platform but overran the runway by about 150-200 meters into a small wood at around 07:55L (03:55Z). The airplane received substantial damage, no injuries occurred. 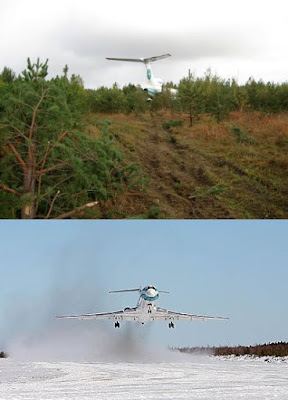 
Mexican Gulfstream II XA-FOU  piloted by Captain Reuben Ocaña made a precautionary landing at Mallow Race Course, Cork, Ireland . A temporary tarmacadam runway of 910 m (3,000 ft) in length which was paid for by the plane's insurers was laid to enable the aircraft to leave five weeks later, whereas in the meantime Captain Ocaña became a local celebrity. On May 23, 1983 just before the plane departed, the Captain said his farewell to the people of Ireland in the Irish language, forever endearing himself to the nation. The runway was subsequently utilised for parking during race meets and was a popular facility for learner driving. Light aircraft have occasionally landed at the racecourse on the grass area. The F3A World Model Aircraft Aerobatic Championship was held there in 2001. 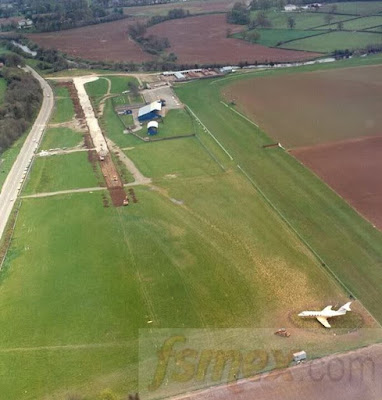 The Seaboard World Airlines landing at Marble Mountain was an incident that took place in Vietnam in summer 1969 (most likely in April). A transoceanic Douglas DC-8 Super 63 full of Vietnam-bound troops erroneously landed at Marble Mountain Air Facility, a helicopter support base with a 1.4 km (4300 ft) asphalt runway. Confused by the nighttime illumination, the aircrew had mistaken it for Da Nang Air Base, which had a 3.0 km (10,000 ft) runway. The aircrew made a full-stop landing with no damage or blown tires.


There were 217 American troops on the aircraft, which had originated at March Air Force Base via Honolulu and Guam. The aircraft landed at about 0300 hours, thus causing the entire base to go on alert. Several enterprising Marine officers put a ladder up to the door of the airplane and escorted the crew to their officer club. When daylight came fuel was drained from the tanks prior to backing the plane down the runway to make it light enough for a short-obstacle takeoff the next day. The plane was then ferried to Da Nang.

The Cunliffe-Owen Concordia was 12-seat medium range transport aircraft with twin Alvis Leonides LE 4M engines. A separate luggage compartment could accommodate 45 lbs of luggage per passenger. Designed by W. Garrow-Fisher and built at Eastleigh, Hampshire in 1947. The prototype aircraft Y-0222 was first flown at Eastleigh on the 19th May 1947. A second aircraft G-AKBE was displayed at the 1947 SBAC Show at Radlett and made an extensive European sales tour.

Work was suspended on 18 November 1947 on a production batch of six aircraft. These included one aircraft for the Nawab of Bhopal and two for British European Airways Air Malta placed an order for one example in early 1947. It was concluded there was not a market for the aircraft. Cunliffe-Owen never recovered from this setback and went out of business in 1948. 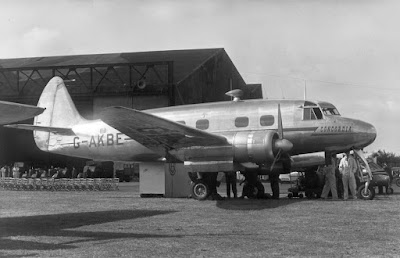 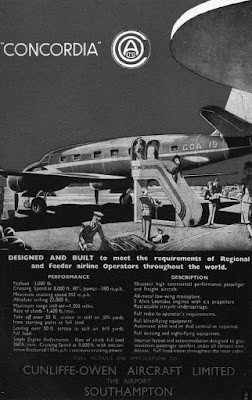 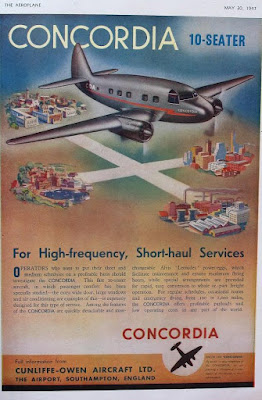 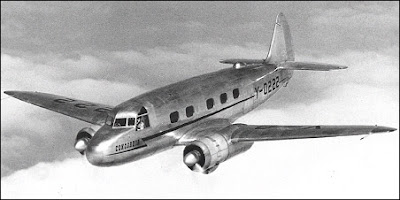 Posted by The Aviation Anorak at 18:27 2 comments:

The Bristol Aeronautical Corporation (New Haven, Connecticut) Bristol XLRQ-1 was developed for the United States Marine Corps in 1942-43. Two amphibious glider types were envisioned, a 12-seat and a 24 seat-type. Only two 12 seat gliders were built - serial no. 11647 &11648, from the order of 100. The first flight took place in 1943 and they were successful in their designed task. The plug was pulled as they were not tactically feasible against small, heavily defended islands in the Pacific that they were designed for. 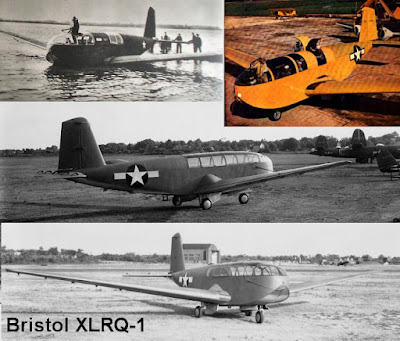 Note: The Allied Aviation XLRA was also built at the same time and for the same reason - see link:
http://en.wikipedia.org/wiki/Allied_Aviation_XLRA


Posted by The Aviation Anorak at 15:08 No comments:

Posted by The Aviation Anorak at 18:42 No comments: