I picked these up for 50p each at a carboot sale today. :-)
Posted by The Aviation Anorak at 13:54 No comments:

The USAAF did operate a few of Britain's finest fighters...


Posted by The Aviation Anorak at 18:29 No comments:

Messerschmitt Me 264 'The Amerika Bomber'

The Messerschmitt Me 264 'The Amerika Bomber' was a long-range strategic bomber for the Luftwaffe that would be capable of striking the United States from Germany, a distance of about 5,800 km (3,600 mi). The concept was raised as early as 1938. Only 3 were built and the first aircraft flew on the 23th December 1942. The project was cancelled in September 1944 to allow Messerschmitt to concentrate on other aircraft production.
Read more @: http://www.luft46.com/prototyp/me264.html

Posted by The Aviation Anorak at 16:52 No comments:


The Hurel-Dubios HD.31/32/34  were a family of 11 built high aspect ratio designed aircraft.
It first flew (HD.31) on the 27th January 1953. Air France placed an order for 24 feederliners, Aigle Azur signed for four & Institut Géographique National also ordered four. In the end only the IGN aircraft were delivered for aerial photography. The aircraft's wing design made it ideal for long-duration, low-speed flight, ideal for aerial photography and survey work. These machines were designated HD.34 and were fitted with an extensively glazed nose and an offset retractable nosewheel.

Posted by The Aviation Anorak at 16:13 No comments: 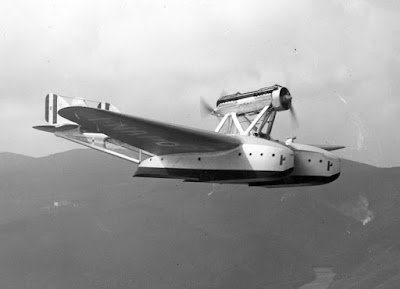 The Savoia-Marchetti S.55  first flew in August 1924. I was very surprised that over 240 were built as I have not seen much about this aircraft in the past. The final one was retired in 1945. Only one survives today in a museum in Brazil.

The twin hulls could accommodate cargo or up to 10 passengers. The cockpit was placed in the thick wing section between the two hulls. Odd as it was the S.55 set many records for the time and was a pioneering aircraft at flights across the Atlantic when it was a very risky adventure.

In 1933 Italian Air Marshall Italo Baldo organized a squadron of 24  S.55s to attend Chicago's Century of Progress taking just over 48 hours in V formation. Now that must of been a great sight and sound! The aircraft were use by Italy's Regia Aeronautica as long-range bomber and patrol aircraft up until WWII. S.55s also operated with Aeroflot and the Military of Brazil, Spain & Romania. 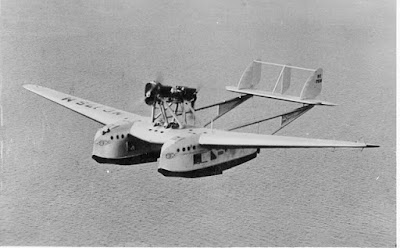 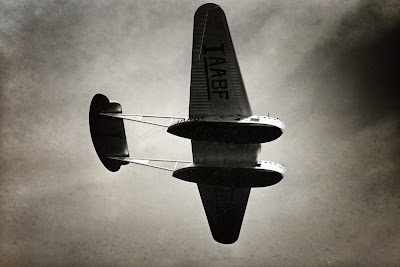 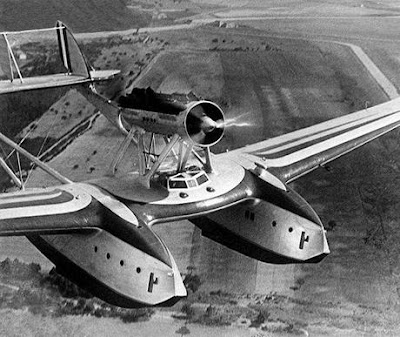 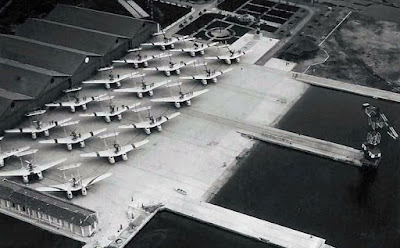 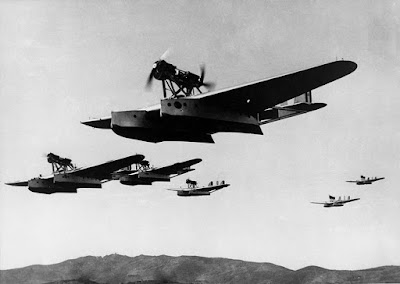 Posted by The Aviation Anorak at 15:46 No comments:

"I am not being seen in this ugly beast. I'm off!" 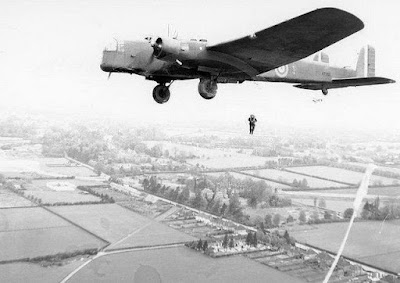 https://en.wikipedia.org/wiki/Armstrong_Whitworth_Whitley
Posted by The Aviation Anorak at 20:24 No comments: