Page updated 30/8/15
In the mid 1950s the Handley Page Aircraft Company developed a new fast short-range regional airliner, intended to replace the venerable Douglas DC-3, particularly in third-world countries. The design, originally known as the HPR-3 Herald, emanated from the drawing office at Handley Page (Reading) Limited - the former Miles Aircraft factory site, which had developed an earlier airliner design, the Miles Marathon. The Herald was an extensive re-development of the original concept of the Marathon, notable for its high mounted wing. The HP Reading division succeeded in producing a modern design with excellent flight and performance characteristics. However, the company made a serious misjudgement which was, in the end, to cost the company dearly, and the Herald missed its chance, like some other classic British aircraft of the time. 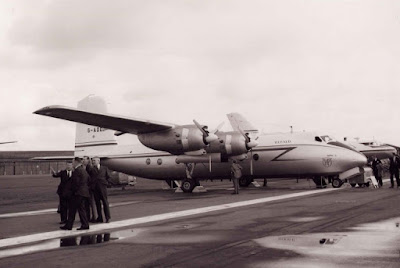 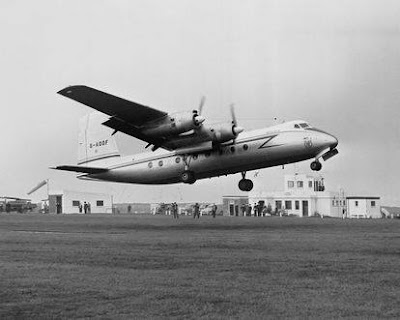 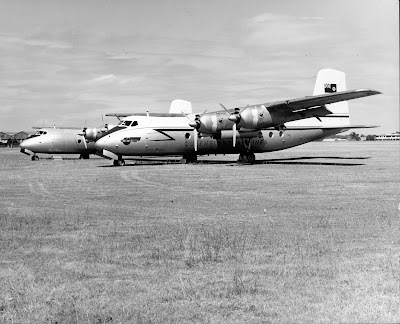 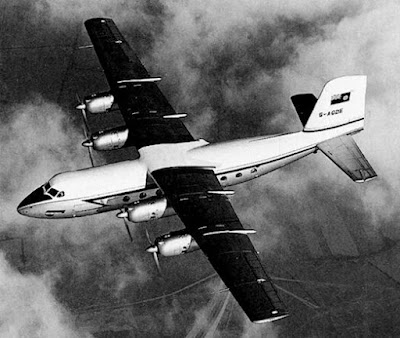 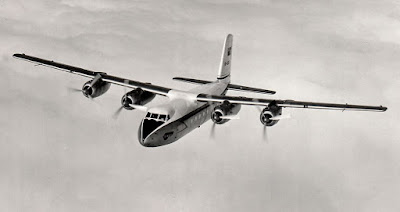 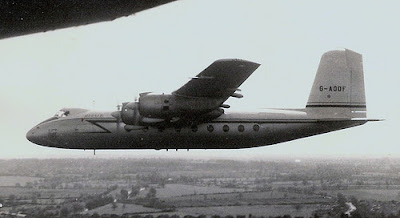 A couple that never got off the drawing board:

Posted by The Aviation Anorak at 17:36 No comments:

The Vickers Vanguard was introduced in 1959 as a development of the successful Viscount. It came into service just before the first of the large jet-powered airliners that in the end stole it's thunder. Just 44 were built, with deliveries to Trans-Canada Air Lines (TCA) and British European Airways (BEA).
Both airlines converted a lot of them to freighters and this gave them a new lease of life as they ended up with other carriers. The last one retired to Brooklands in 1996 and is the only one remaining fully intact.

See it landing for the last time here:

Posted by The Aviation Anorak at 21:43 3 comments:

The Boulton Paul Defiant was a two-seat fighter with a four-gun power-operated turret. It had no forward firing armament, which meant it could not shoot down enemy aircraft from behind. It was intended primarily as a bomber interceptor, but the turret fighter concept was outmoded and the extra weight made the aircraft sluggish in combat. In early battles over Dunkirk, Defiants had proved very vulnerable to conventional enemy fighters. RAF Fighter Command rashly sent its two Defiant squadrons - Nos. 141 and 264 - into action in July and August, which resulted in two separate massacres at the hands of the Luftwaffe. As a consequence the aircraft played no further part as a day fighter in the Battle.


Posted by The Aviation Anorak at 19:50 No comments:


Several (about 10 as far as I can find out) Dragon Rapides were adapted for service on floats. The floatplane adaptations were performed by De Havilland of Canada, where they were fitted with Edo floats and a long dorsal fin. 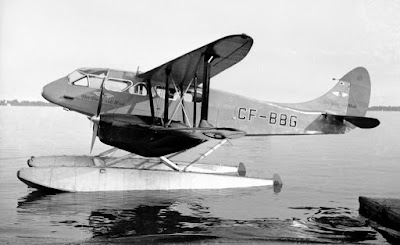 Posted by The Aviation Anorak at 19:14 No comments:

Posted by The Aviation Anorak at 17:01 No comments:

Posted by The Aviation Anorak at 16:19 No comments: