The Hornet was the fastest wooden aircraft ever built with a top speed of 472mph. Powered by RR Merlin engines it first flew on the 28th July 1944 and entered service with the RAF in 1946. The folding winged Sea Hornet was also produced for carrier operations. The Hornet was used by the RAF until 1955 & RNAF until 1951. Sadly no complete airframes of the 389 aircraft survive today. 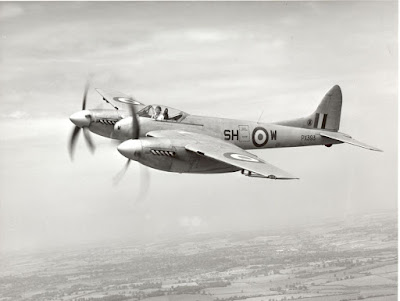 Posted by The Aviation Anorak at 14:47